According to the U.S. Census Bureau, 40 to 50 percent of all marriages end in divorce.  Though this trend cannot be blamed on one factor the overwhelming cause is infidelity.  So, what are the signs?  What should you be looking for?  What should you do if you suspect them?  This article was created to give you some insight into the questions most husbands, wives, girlfriends and boyfriends have asked themselves when they were in your shoes.

First, if you’re reading this article you probably already have your suspicions that your significate other is cheating.  You are not alone.  According to the American Journal of Sociology, 85% of women who think their husband is cheating on them are correct.  For the men, 50% of them are correct in their suspicions of their wives.  The beginning signs there is a problem include extra hours away at work, hiding their phone from sight, taking a shower once they arrive home, a loss of interest in sex….none of these alone are given proof that there’s a problem;  But, when combined, they could be an indication of infidelity.  Another thing to look for is a disconnect in emotion engagement.  For example: if they no longer ask about your day; they give short answers to questions about theirs; they have ceased to give compliments that they usually would have given.  A lack of emotional engagement is an indicator because it means they are receiving it somewhere else.  As human beings we need social interaction…if they are not interacting with you then chances are, they’re interacting with someone else.  When examining these traits, or lack thereof, please be sure that you are noticing a difference in their behavior.  Meaning, some people just don’t like to talk about themselves.  If this is the way they always are then it’s not an indicator.

Something to keep in mind is what kind of problems are you having in your relationship?  Is it something that is common when two people are together or are these problems something different…something that started recently and are not common in relationships?  For example:  if you are having a difference of opinion over the way you disciplined your child who acted out, this is a common discussion.  But, if recently they have begun to argue with you every time you call them to ask when they’ll be home and give you a hard time about “always being on their back…” this could be a sign that they’re being interrupted while meeting with someone else.  Again, we need to stress that any of the above signs are not tell-tale signs on their own.  But when combined with other factors they add up to warnings.

So, what do you do if you suspect infidelity?  There are different roads to travel down but the first advice we would give is to get consultation.  This could be a friend you trust, an attorney or, in the cases we get, a private investigator.  Most important, get a second opinion on your next steps.  Why?  Because when people are upset or obsessed with “catching them” in the act they have a tendency to make poor decisions that could compromise the investigation, divorce case or their relationship.  Keep in mind, right now you just have a suspicion.  Until you have proof it’s just an idea in the back of your mind.

When we receive calls for an infidelity investigation we try and gather as much information about why they have suspicion.  This helps us get a picture of the behavior we will try and document.  One thing we try to convey to all our clients is that we can only document the facts we discover.  If you hire a P.I. to do surveillance on your partner because you want to catch them cheating on you, and they don’t cheat, we cannot make them.  We can only document what we find.  So, when we schedule surveillance, we make sure the client has as much input into the when and where, so we have the optimum chance to get the proof they desire.

Sometimes we are hired by the client directly.  Others we are hired by the client’s attorney.  Whether it be before or after the surveillance we always recommend to our clients that they obtain a family law attorney before discussing the evidence with their partner.  There are several reasons for this.  Most importantly is to understand their options.  All but one state in the U.S. allow for no-fault divorce filings, which means divorce can be filed on the charge of irreconcilable differences (New York required proof of fault in a divorce).  Also, your attorney will know how to handle the evidence and steps you need to take.  Biggest thing to get your head around before approaching your partner is to know what outcome you want.  If the endgame you desire is 100% separation, understand that your partner may put up a fight.  Roughly 5% of all divorces involve a contested situation where both parties are unable to agree on the terms of property, asset allocations and child custody.

The best thing you can do if you’re suspicious of your significant other of infidelity is to contact a professional and try to obtain evidence.  While it can lead to unhappy findings it is best to know then to be kept in the dark.  Also, when going through a separation it’s best to be prepared.  Whether the divorce is filed as fault-based or no-fault based, divorce settlements tend to rule in favor of the party that has the most documented evidence of marital infidelity prior to separation. 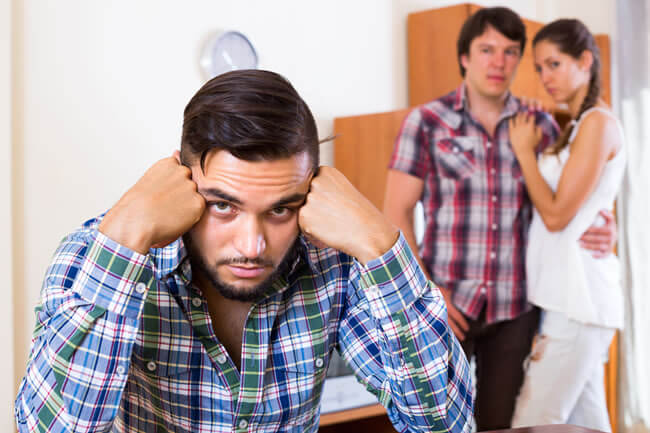 Double G Protection & Investigation Firm is a professional private investigation firm located in the Northern Virginia area. We specialize in background check, surveillance and process serving along with other services.  Please click here for the services provided by Double G Investigations.